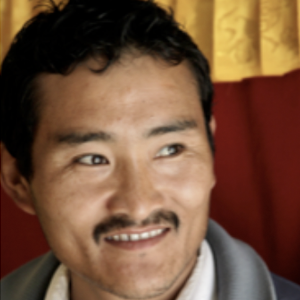 Dhawa Gyanjen Lama is from Burji  (Burtse) of Tsum just in the middle of two famous Buddhist pilgrimage sites: Milarepa cave to the eastern rugged mountain in stone’s throw and Tsum’s largest Rachen Nunnery to the west. Due to this strategic location, he has recently  transformed his old house into home stay. He has got his education from Buddha Primary School, Laar and School Leaving Certificate from the district headquarter, Gorkha Bazaar, located about four days walking distance from Tsum. He has been actively working as a Managing Director for Tsum Valley Home Stay since its inception. Besides he is an experienced local guide and guided several groups ranging from small to large team of upto fourteen people for trekking, meditation and project activities. In off-season, he likes to see himself as a guest in local homes around the Kathmandu valley and Terai belts with his wife and daughter Tenzin. He speaks Tsumpa, Tibetan, Nepali, Gurung, English and Hindi.